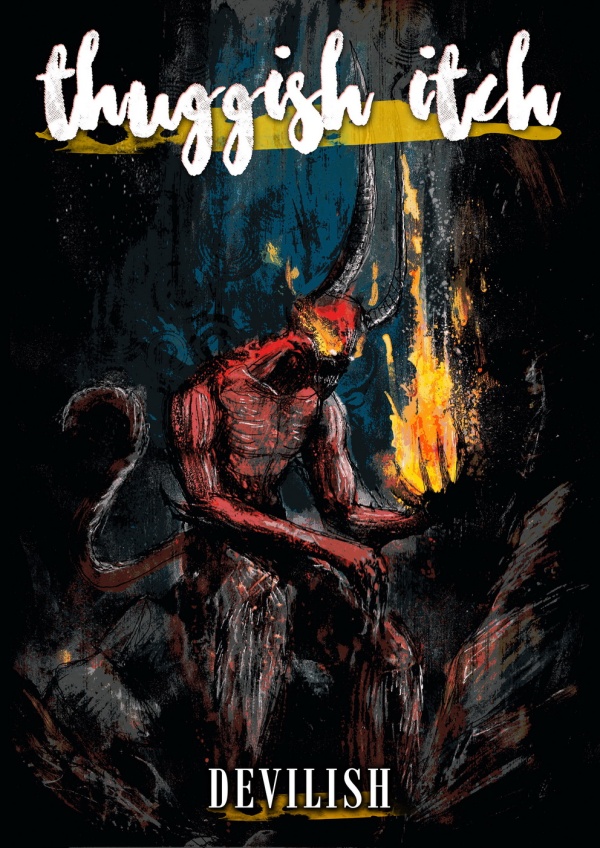 I’ve always been fascinated by magic, especially that of the close-up variety. I love watching the seemingly impossible manifest (or disappear!) right before my eyes. I’m definitely the type of girl that would be straight-up charmed by a magician walking up to me and asking if I’d like to see a trick.

But what if that particular magician had devilish intentions?

My latest horror short, “I’ve Got a Soul to Catch,” published in Thuggish Itch: Devilish by Gypsum Sound Tales, features magic tricks, the New York subway, and an unnamed man in black with dark ambition and a pack of playing cards.

“He slid onto the bench next to his unwitting victim, a girl in her mid-twenties who was listening to music through a pair of purple earbuds, bobbing her head in a consistent rhythm. They were seated near the back of the car in the furthermost corner and, for all intents and purposes, they were quite alone. The closest individual was the snoring man, and he certainly wouldn’t be a problem. The other subway passengers—well, the man in black would ensure they kept to themselves.

He took a deck of playing cards out of his breast pocket and began shuffling and fanning them flamboyantly. The man kept it simple at first, sending the cards flying from one palm to another with perfect accuracy and timing.

The cards slapped. The subway lurched. The man smiled. And the third time he executed the trick, he caught the attention of the girl seated next to him.

The man gave her a devilish grin and flicked the cards into the air. If any human had attempted this stunt, the cards would have spun out of control and fallen to the dirty floor of the subway car. But since the man in black was decidedly inhuman, the cards traveled in a graceful arc a full two feet above their heads, then drifted down to settle in the man’s awaiting palm.

The girl plucked the buds from her ears, her eyes widening. “That was incredible!” She laughed, and a gust of her breath fanned over the man’s face. It smelled of cotton candy, and it took all of the man in black’s restraint to keep from swallowing her whole right there in the back of the J train.

Of course, that wouldn’t do.”

To read the rest, pick up your copy of Devilish HERE!

Devils, demons and the idea of Hell have always featured prominently in the horror stories that I found myself reading as a teenager or the films I still delve into on a rainy day. I’ve always found it quite amazing how differently the leading man, Satan, is portrayed depending on the creativity and beliefs of the creator. Sometimes he’ll sport a large pair of curved horns and a pointed tail, his skin red, his body smooth and muscular. Other times, he’ll have the head of a goat and a large pair of wings that sprout from between his shoulders like those of a mighty condor. Thuggish Itch’s Devilish collection features, in no particular order, thirteen of our favourite tales, each of which provides a different take on the mythology, the red man himself and all of his minions.